Mole Hill is a heritage community housing project made up of Victorian style houses dating back to 1888 – the earliest surviving block of pre-First World War housing stock in Vancouver. Here is a a short history of the neighbourhood. 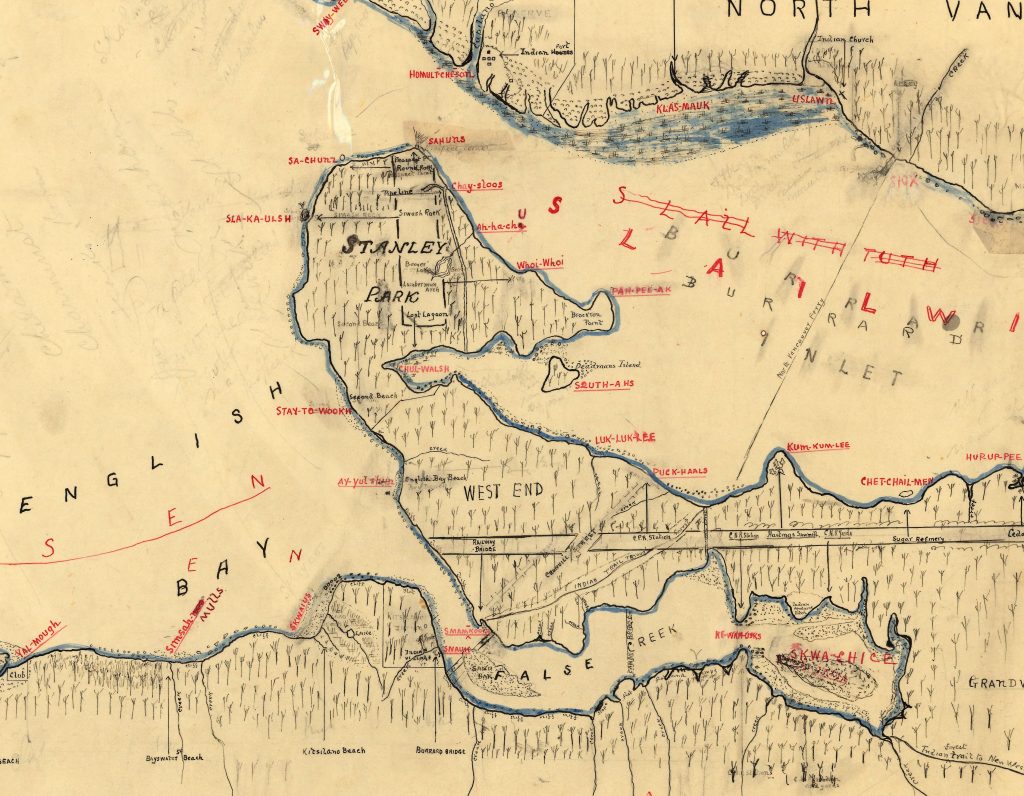 The City of Vancouver falls within the traditional territory of the Squamish, Tsleil-waututh and Musqueam People. There were villages around present day Vancouver at least 10,000 years before the city was established in the late 19th Century. The land was densely forested, with 95-metre tall fir trees covering much of the area. A small salmon stream originated on Mole Hill’s slopes and flowed westward into English Bay. A nearby trail followed the shoreline from Ee’eeyulshun (now English Bay), eastward along False Creek to just past Smumchoos, a small burial island located roughly where the north end of the Burrard Bridge is, then following a line towards what is now Gastown.

In 1791 Spanish Captain Jose Maria Narvaez (pictured) was the first newcomer to explore the Strait of Georgia. In 1792, a British expedition led by Captain George Vancouver landed in what later became the City of Vancouver. In 1808 Simon Fraser was the first European to reach the area overland.

However, settlement on Burrard Inlet and English Bay remained almost unknown during this period as the interior of BC was most easily accessed via the Fraser River and the area surrounding New Westminster.

The first non-Indigenous settlement within the current city limits of Vancouver was in 1862 at McCleery’s Farm in what is now the Southlands area. Henry Mole, the namesake to Mole Hill, arrived in the area in 1862, seeking to prospect for gold. Instead he established a neighbouring farm to McCleery’s and became one of the notable early pioneers of Vancouver. Mole’s daughter Annie later married Samuel McCleery. 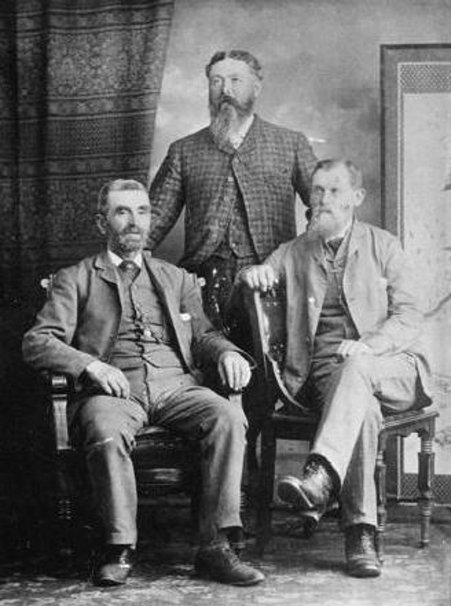 Vancouver’s West End, where Mole Hill is located was originally claimed by three Englishmen, known as the “Three Greenhorns” (pictured). In 1862 they each acquired 180 acres for the land from Coal Harbour to English Bay. Unsuccessful at various ventures including coal mining and brick-making, they started selling the land as lots, eventually donating one third of the property to the Canadian Pacific Railway – hoping it might bring people to the area.

By the 1880s the first houses were being built in the West End. The settlers were typically tradespeople, often with extended families and lodgers. These lots were on the outskirts of the city and considered to be far away from the business core at Cordova Street. 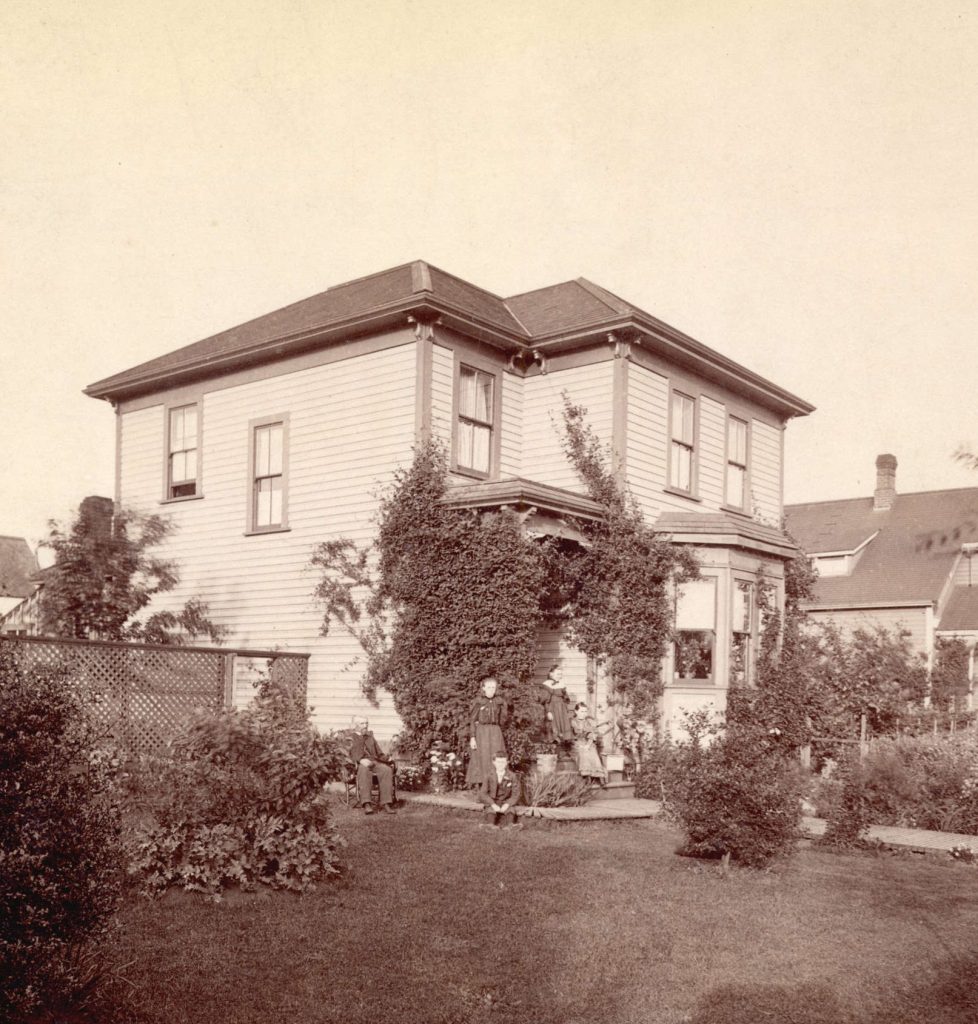 The City of Vancouver was incorporated in 1886. From a population estimated at 5,000 in 1887, it grew to nearly 14,000 by 1891. Separated from the original downtown core of Vancouver, the West End offered its residents space and a tranquil domestic environment. Before long, streetcar service offered West Enders ready access to the offices, businesses and amenities downtown.

The earliest Mole Hill house which still stands is at 1160 Comox Street and was built in 1888. By 1912 the thirty Mole Hill properties currently listed on the City’s Heritage Register had been built.
In 1881 Henry Mole married Elizabeth Anne Paull. In 1889 he leased his farm in Southlands and moved to a house he built at 1025 Comox Street (pictured), so that their children could attend school. 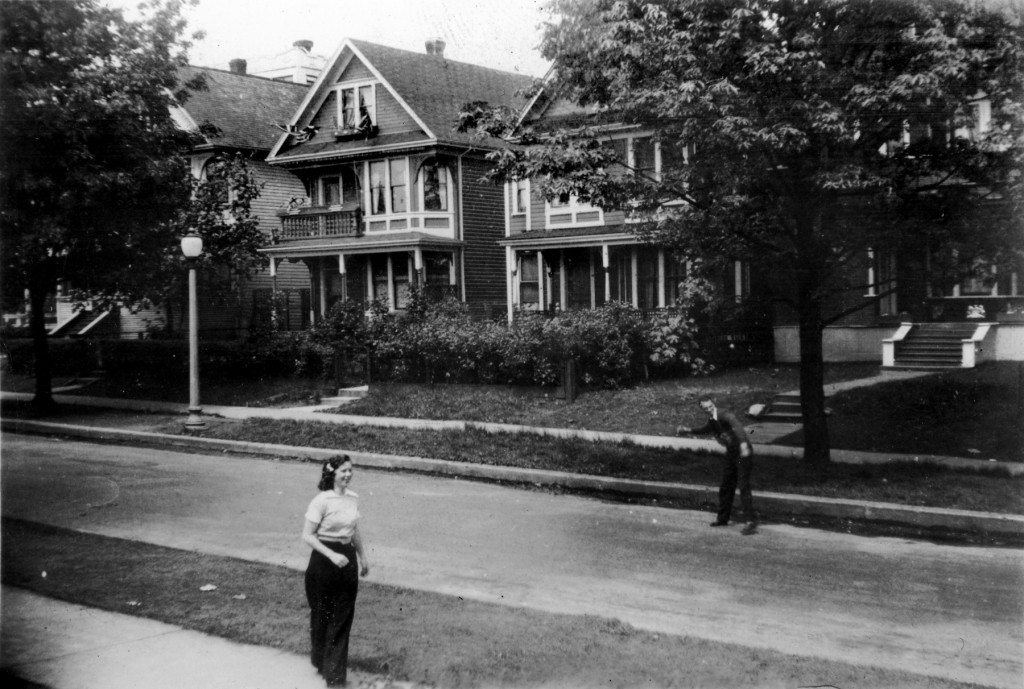 The economic collapse of 1913, followed by the First World War, brought hard times for many who remained in the West End. Many of the Victorian and Edwardian homes were converted in rental units and rooming houses. Others were demolished for the construction of low-rise apartments in the 1920s and 1930s. 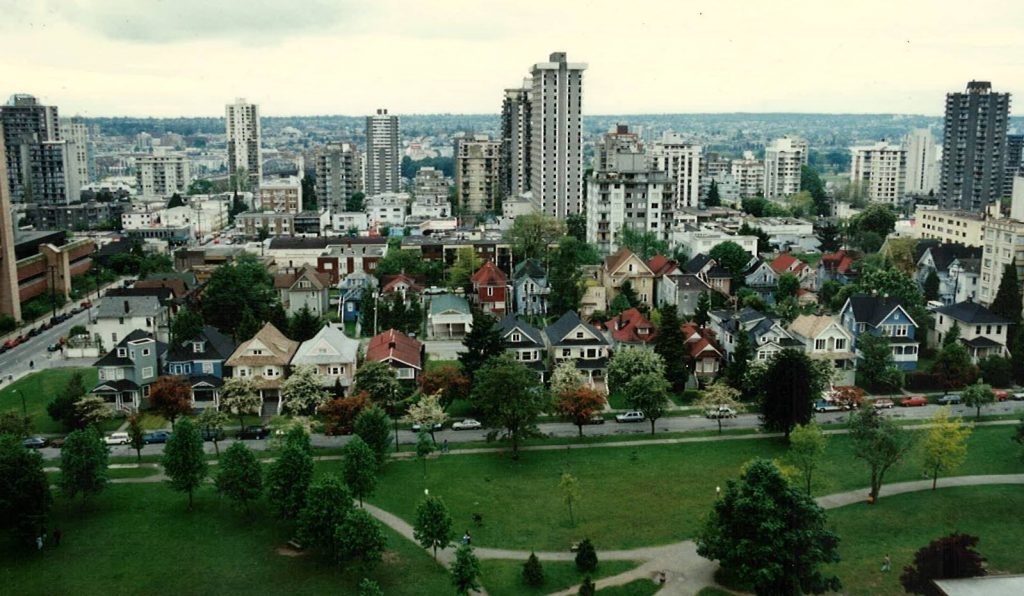 Zoning changes in the 1950s permitted high-rise construction in the West End and resulted in the demolition of much of the remaining early housing stock. Mole Hill was spared owing to being targeted for acquisition by the City of Vancouver for eventual demolition for open space.

The Parks Board began purchasing any house on the block which came on the market and by 1990 they had acquired most of the block. During this time the houses continued to be operated as rentals or rooming houses, under a disparate range of agreements with the City. 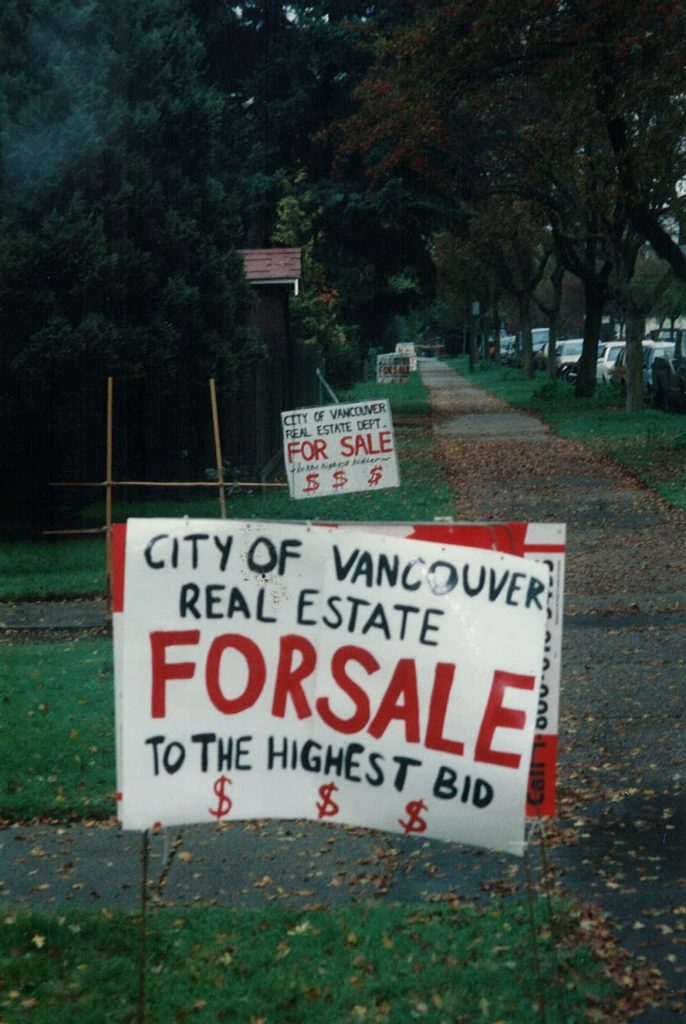 By the 1990s it became known that the Parks Board intended to demolish the block for a combination of green space and new developments. An advocacy coalition called the “Friends of Mole Hill” was formed to save the block from demolition. They proposed a vision in which the buildings were restored to their original state with the highest possible environmental standards available. Public spaces, community gardens and plant and wildlife habitat areas could be integrated with rental housing for low and moderate income.

After almost a decade of advocacy, municipal and provincial government bodies agreed to sponsor the project. (Read more about this period here: “The Advocacy Years”) 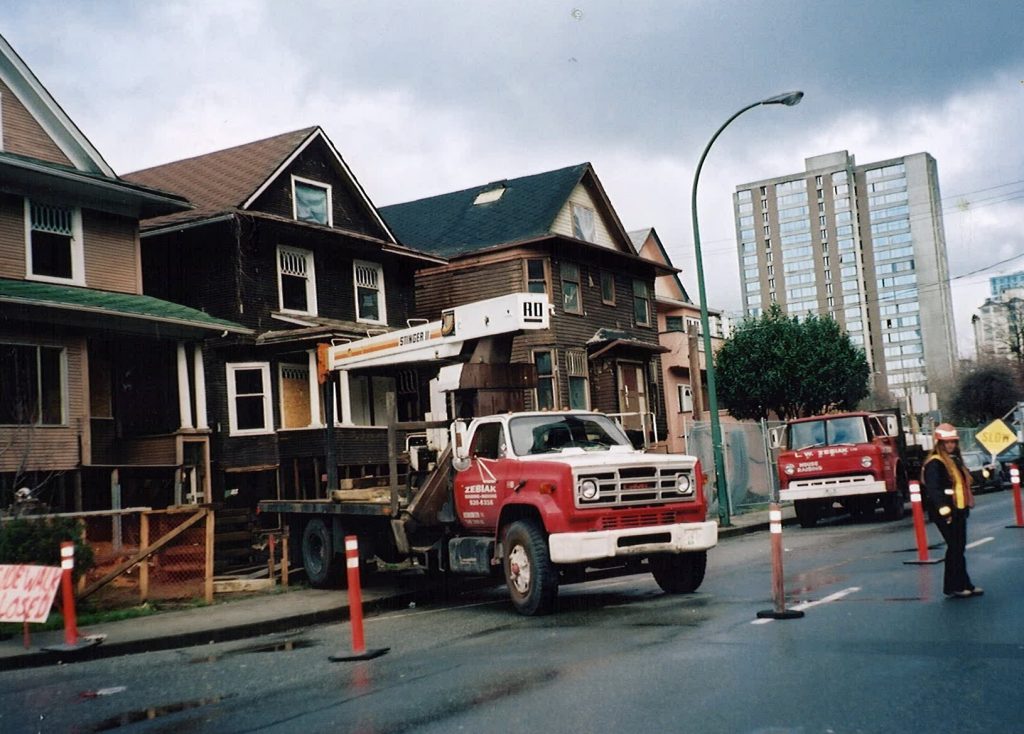 The Province of BC first pledged to support and fund the community’s concept for Mole Hill, and in the 1999 the City eventually committed to this vision of an eco-friendly, diverse, affordable heritage residential environment that would be a boon to all of the West End.

Construction began in 1999 and by 2002 seventy suites had been modernised and re-occupied, with the remaining 100 being completed the following year.

Maintaining and restoring the heritage features of the houses was a major priority. Heritage features both inside and out were retained and restored. Outdoor space was organised to create gardens, outdoor areas for tenants to use as well as public green space and amenities. 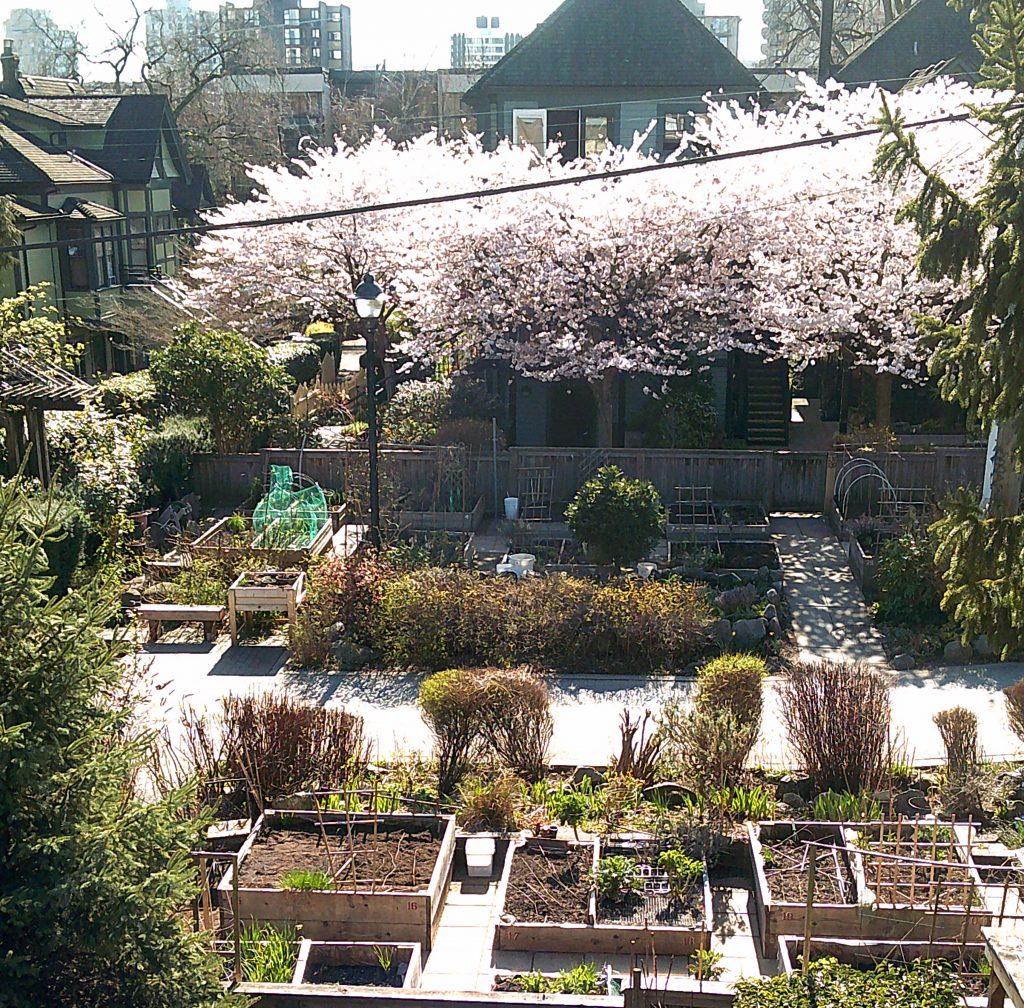 Today, Mole Hill is governed by the Mole Hill Community Housing Society which has been recognised by numerous awards for achievements in heritage conservation, construction, landscaping and the provision of social housing.

The houses contain 170 social housing suites and include community assets such as a group home, three daycares, 78 community garden plots and a community art gallery. The busy community spaces provide a venue for numerous events, meetings and gatherings.

Mole Hill Community Housing Society continues to explore ways to support the Mole Hill community, enhance the homes and gardens at Mole Hill and to further protect and promote Mole Hill’s legacy as an exemplification of a unique and creative approach to the provision of social housing.